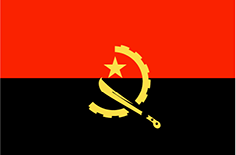 Please note that authorities may take last-minute decisions; please double-check if this information is vital to you
Make a Paypal donation of euros 50 to [email protected] to purchase the full calendar for 5 countries, including Luanda schools
Contact [email protected] to purchase a file containing confirmed calendars of 550 countries and regions.

-
Culture : In tribute to the outbreak of armed struggle against the Portuguese

-
Secular holiday : The Former Combatants and Veterans of the Motherland Day

-
Secular holiday : Anniversary of the 4 February of 1961 uprising, which marked the beginning of the armed struggle for the national liberation of Angola, in the history of the Portuguese fascist colonial regime, for the achievement of the national independence paid holiday when falling on Saturday or Sunday

-
Secular holiday : The idea of an international women's day was first put forward at the turn of the 20th century amid rapid world industrialization and economic expansion that led to protests over working conditions. Women from clothing and textile factories staged one such protest on 8 March 1857 in New York City. The garment workers were protesting what they saw as very poor working conditions and low wages. The protesters were attacked and dispersed by police. These women established their first labor union two years later.

-
Secular holiday : The Cuito Cuanavale Battle in the southwest Cuando Cubango Province between August 14, 1987 and March 23, 1988

Day of Peace and Reconciliation