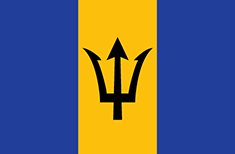 -
Catholic or protestant : Due to historical reasons, Christmas this year is celebrated AFTER Boxing day

We carry confirmed dates till Oct 2025

Please note that authorities may take last-minute decisions; please double-check if this information is vital to you
Contact [email protected] to get the full calendar for Barbados or one file containing confirmed calendars of 550 countries and regions.

-
Secular holiday : In 1966 Barbados gained independence from Britain under the leadership of Errol Barrow of the Democratic Labour Party. Barrow served as prime minister from 1966-1976 and from 1986 to 1987, when he died in office. He has been honoured by the granting of a public holiday Nor a paid holiday when falling on Saturday or Sunday

-
Secular holiday : Celebrates the 10 Patriots who have made a mark on Barbados. A slave rebellion leader, a woman preaching equality in the church, a skilled writer and orator, a political activist, populist leader, public educator, a trade union leader, the complete athlete,the Father of Independence and the founder of Barbados Democracy. Paid holiday when falling on Saturday or Sunday Celebrations take place in Heroes Square, where their pictures have been painted by the best Barbadian artists