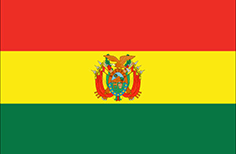 -
School holidays : Www.minedu.gob.bo
International schools may follow a different calendar
gazetted by the Ministry of Education
pupils wear white smocks
PISA ranking (average 493): not listed
Theoretically, courses can be taught in 36 languages
Number of instructional days: 200
Schooling is mandatory till age 15
schools may open on Saturday

We carry confirmed dates till Jan 2023; Further dates are projected dates based on previous years

Please note that authorities may take last-minute decisions; please double-check if this information is vital to you
Make a Paypal donation of euros 50 to [email protected] to purchase the full calendar for 5 countries, including Bolivian schools
Contact [email protected] to purchase a file containing confirmed calendars of 550 countries and regions.

Carnival (during a week from this day on)

Day of the Sea

-
Culture : Commemorates the loss of the region of Antofagasta to Chile during the Pacific War in the nineteenth century. Antofagasta was the only sea access for Bolivia.