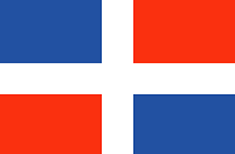 Our Lady of Altagracia

-
Secular holiday : A Catholic Marian devotion regarded as the protective and spiritual mother of the Dominican people . The many faithful devotees of the Virgin attend from all over Dominican territory to the Basilica of Higüey, in the province La Altagracia. Paid holiday when falling on Saturday or Sunday

-
Secular holiday : Juan Pablo Duarte is considered the architect of the Dominican Republic and its independence from Haitian rule in 1844.

-
Culture : THIS IS NOT A BANK HOLIDAY

-
Secular holiday : This date marks the end of Carnival, which has lasted during all of February.

-
cards/flowers : A former slave who became a general in the French army of Napoleon, Toussaint Louverture (1743 - 1803)established a new constitution of the Dominican Republic.