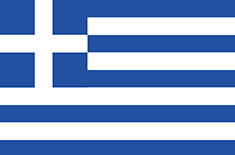 -
Secular holiday : in Kozani only

-
Orthodox : The term comes from ancient Greek and means appearance . Cele ated on the 6th January, this feast corresponds to the presentation of Child Jesus to the Magi. This is the day of Jesus' first miracle, the Wedding in Cana , and the day of his own baptism Paid holiday when falling on Saturday or Sunday

-
School holidays : Http://edu.klimaka.gr
calendar provided by the Ministry of Education
all study programs are aligned with the requirements of the Bologna Process
PISA ranking (average 493): 455
Schooling is mandatory till age 16
School day duration: 5:00 to 6:00 hours
Number of teaching days: 170
School may open on Saturday
No uniform required
National and Kapodistrian University of Athens ranking: Times Higher Education #501/QS ranking #401-410/Shanghai #301-400

Please note that authorities may take last-minute decisions; please double-check if this information is vital to you
Make a Paypal donation of euros 50 to [email protected] to purchase the full calendar for 5 countries, including Greek schools
Contact [email protected] to purchase a file containing confirmed calendars of 550 countries and regions.

-
cards/flowers : Refers to Basil the Great (also known as Basil of Caesarea), Gregory the Theologian (also known as Gregory of Nazianzus) and John Chrysostom. They were highly influential bishops of the early church who played pivotal roles in shaping Christian theology. Wikipedia

-
Secular holiday : Green Monday is the first day of the Eastern Orthodox Christian Great Lent. Traditionally it is considered to mark the beginning of the spring season.

-
Secular holiday : Upraise against the Ottoman rule in 1821 Paid holiday when falling on Saturday or Sunday

-
Orthodox : The bright red colored egg is the symbol of Easter (or Pascha) The eggs are colored on Holy Thursday after the Divine Liturgy. The Easter bread is taken to church on Saturday evening when a special sequence of services takes place: Midnight Office... After the service the clergy blesses the breads and eggs brought by the people and they take them home. The eggs are cracked after the midnight service and during the next days. One egg is cracked on the wall of the church (and this is the first egg eaten The ritual of cracking the eggs takes place before the Easter lunch. Each person selects his/her egg. Then people take turns tapping their egg against the eggs of others, and the person who ends up with the last unbroken egg is believed to have a year of May only be observed by the local Orthodox community.

-
Orthodox : Not a paid holiday

-
Orthodox : The bright red colored egg is the symbol of Easter(or Pascha).The eggs are colored on Holy Thursday after the Divine Liturgy.The Easter breads are a worldwide Orthodox tradition as well.This bread is taken to church on Saturday evening when a special sequence of services takes place:Midnight Office,Rush Procession,Matins & Divine Liturgy.After the service,the clergy blesses the breads and eggs brought by the people and they take them home.The eggs are cracked after the midnight service and during the next days.One egg takes place before the Easter lunch.Each person who ends up with the last unbroken egg is believed to have a year of good luck.The traditional Orthodox Paschal greeting is: Christ is Risen! .The answer is: Indeed He is Risen . May only be observed by the local Orthodox community.