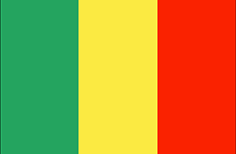 -
Culture : International Cowry Festival
lasts 3 days - in Sibi City (50 km from Bamako)
Cowry is a kind of shell that has served as a currency in Black Africa for a long-time. This cultural festival aims at contributing to the promotion of the use of a "civilization material" common to many African countries
2022 edition NOT confimed

Please note that authorities may take last-minute decisions; please double-check if this information is vital to you
Make a Paypal donation of euros 50 to [email protected] to purchase the full calendar for 5 countries, including Malian schools
Contact [email protected] to purchase a file containing confirmed calendars of 550 countries and regions.

-
Muslim, Sufi : End of Ramadan Paid holiday when falling on Saturday or Sunday