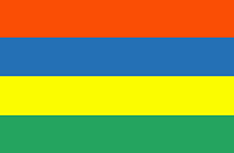 We carry confirmed dates till Dec 2023

Please note that authorities may take last-minute decisions; please double-check if this information is vital to you
Make a Paypal donation of euros 50 to [email protected] to purchase the full calendar for 5 countries, including Mauritius schools
Contact [email protected] to purchase a file containing confirmed calendars of 550 countries and regions.

-
Buddhism (Vajrayana) : Paid holiday when falling on Saturday or Sunday

-
Hinduism : Tamil celebration. Marks the end of a 10-day fasting period during which people go to the local temple and get themselves pierced with various needles attached to various object.

-
Hinduism : A Hindu festival in honor of Lord Shiva and his marriage to Goddess Parvati. Ceremonies involving prayers and hymns take place mostly at night.

-
Secular holiday : Independence granted by the UK in 1968

-
Buddhism (Theravada) : Paid holiday when falling on Saturday or Sunday