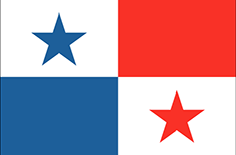 -
Secular holiday : Initially set in May, the date was judged to only concern Americans living in the Canal Zone. In was then changed to Immaculate's Conception celebration and gazetted a public holiday. Paid holiday when falling on Saturday or Sunday

-
Special Events : Relates to the 1989 US invasion

-
Secular holiday : To commemorate Panamanians who died during the 1989 U.S. invasion of the country from 2022

We carry confirmed dates till Jan 2023; Further dates are projected dates based on previous years

Please note that authorities may take last-minute decisions; please double-check if this information is vital to you
Make a Paypal donation of euros 50 to [email protected] to purchase the full calendar for 5 countries, including Panamean schools
Contact [email protected] to purchase a file containing confirmed calendars of 550 countries and regions.

-
Secular holiday : Commemorates the January 9, 1964 riots over sovereignty of the Panama Canal Zone. The riots erupted after a Panamanian flag was torn down during conflict between Panamanian students and U.S. citizens living in the Panama Canal Zone over the right of the Panamanian flag to be flown alongside the U.S. flag. United States' Army units became involved in suppressing the violence after Canal Zone police were overwhelmed. After three days of fighting, 22 Panamanians and four U.S. citizens were killed. Wikipedia

-
Banks only : Commemorates the Last Supper when Jesus instituted the Holy Eucharist (Lord's Supper) celebrates and His washing of the disciples' feet Maundy Thursday is not an official public holiday. But since it is the day before long Friday, many people has their workday shortened, and banks are closed in the afternoon.