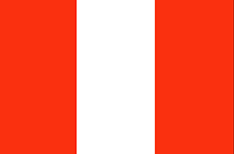 -
Secular holiday : A decisive military encounter during the Peruvian War of Independence. This battle secured the independence of Peru and ensured independence for the rest of South America. In Peru it is considered the end of the Spanish American wars of independence, although the campaign of victor Antonio José de Sucre continued through 1825 in Upper Peru and the siege of the fortresses Chiloé and Callao eventually ended in 1826. [Wikipedia]

We carry confirmed dates till Jan 2023

Please note that authorities may take last-minute decisions; please double-check if this information is vital to you
Make a Paypal donation of euros 50 to [email protected] to purchase the full calendar for 5 countries, including Peruvian schools
Contact [email protected] to purchase a file containing confirmed calendars of 550 countries and regions.