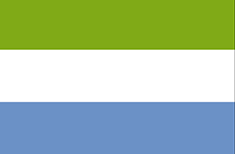 -
Culture : A celebration and promotion of culture and a catalyst in the Renaissance of Sierra Leone http://www.ntb.sl/ 2023 edition NOT confirmed

-
School holidays : Ministry of education
https://mbsse.gov.sl/
Schooling is officially mandatory till age 15, but half the children do not attend school
Teaching language: English
schools are closed on Sunday
school uniforms required

-
Secular holiday : The idea of an international women's day was first put forward at the turn of the 20th century amid rapid world industrialization and economic expansion that led to protests over working conditions. Women from clothing and textile factories staged one such protest on 8 March 1857 in New York City. The garment workers were protesting what they saw as very poor working conditions and low wages. The protesters were attacked and dispersed by police. These women established their first labor union two years later.