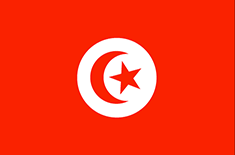 -
cards/flowers : In tribute to the late Mohamed Bouazizi who commited suicide on Dec. 17, 2010, in Sidi Bouzid

We carry confirmed dates till July 2023 ; Further dates are projected dates based on previous years

Please note that authorities may take last-minute decisions; please double-check if this information is vital to you
Make a Paypal donation of euros 50 to [email protected] to purchase the full calendar for 5 countries, including Tunisian schools
Contact [email protected] to purchase a file containing confirmed calendars of 550 countries and regions

-
Secular holiday : Commemorates the events of 9 April, 1938, when a demonstration against the arrest of a popular leader of the Neo Destour (New Constitution) Party was quashed by the French police force who fired on demonstrators and who killed at least 22 people, and wounded 150 others. Paid holiday when falling on Saturday or Sunday

-
Culture : To consolidate the protection of freedoms and human rights in Tunisia as a guarantee for completing the democratic process on a solid basis.