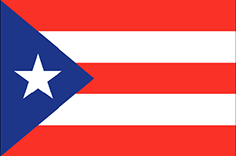 -
Banks only : Some banks may alternatively close on Dec 23rd

We carry confirmed dates till July 2024

-
Banks only : Martin Luther King was a U.S civil rights leader and American clergyman. His non-violent demonstrations against racial inequality led to civil rights legislation. He was assassinated in 1968. Banks and administrations are closed. Not a public holiday.

-
Banks only : Commemorates the births of George Washington (22.2.1732) and Abraham Lincoln (12.2.1809). The memory of Americas first president, George Washington, was once celebrated on his birthday, February 22nd. The date was changed to the third Monday in February to create a three-day weekend Banks, post office and governement close, but businesses, more and more, remain open, as well as universities. These banks remain open: Chase Bank, TD Bank, Wells Fargo

-
Banks only : Anniversary of the abolition of slavery

-
Banks only : José de Diego' birthday (April 16, 1866  July 16, 1918), known as The Father of the Puerto Rican Independence Movement , was a statesman, journalist, poet, lawyer, and advocate for Puerto Rico's independence from Spain and from the United States.

-
Banks only : To remember and honor the freeing, in Galveston, Texas, in 1865, of the last slaves in the United States from 2019 on

-
Catholic : Christian observance to remember the beheading of John who protested against the morality of king Herod. San Juan only